There was no surprise when the RBA at its July monthly board meeting announced another hold on its official interest rate of 1.5% for July.  The RBA last moved rates  August 2016 down to the current rate.

There is speculation among analysts that the next rate move will be upward.  The RBA remains positive that growth will pick up especially since the release of solid jobs data.  The RBA is still unsure as to whether the property markets in Sydney and Melbourne have slowed down.

While the labour figures are looking positive the weak underlying inflation figure will hold the RBA back from increasing rates.  Also, International Markets are still a concern which will also impact on the RBA increasing rates.

John Edwards the Ex RBA member recently predicted the RBA will increase rates eight times over the next two years.  The general feeling among analysts is that this is highly unlikely. 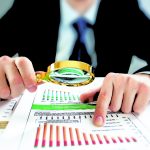