Federal Government released draft legislation whereby retirees over 65 would be able to make to their superannuation contributions up to $300,000 within a 90day period of selling their home and providing they were moving into a retirement community, aged care facility or smaller homes not close to schools or away from major employment centres or adult children’s homes.

New reforms were being introduced to close current loopholes allowing employees to count employee’s salary sacrifice contributions towards the super guarantee (SGC).  Employees would also be given the right to Opt Out of member group life insurance policies.  One would have to question the wisdom of the changes to group life insurance knowing that most of the Australian population is under insured.

You would have to question whether the Government changes deserve the praises of the Financial Services Minister, Kelly O’Dwyer considering the Government cannot leave superannuation alone and many of the changes they have made are detrimental to superannuation savings and will come back to bite them in future years, especially when we are advised that the current average super fund at 65 years of age is $240,000.  This will lead to more reliance on age pensions and Centrelink benefits in the future.  But I guess that’s a problem for a future Government.  It’s a similar situation to the State Governments selling the States Assets to meet budgets.

What happens in the future when there are no more changes that can be taken from Super Funds and no more assets left to be sold? 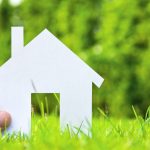 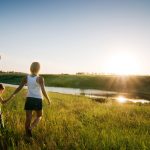 The BIGGEST Purchase of Your Life.Latest News, Uncategorized